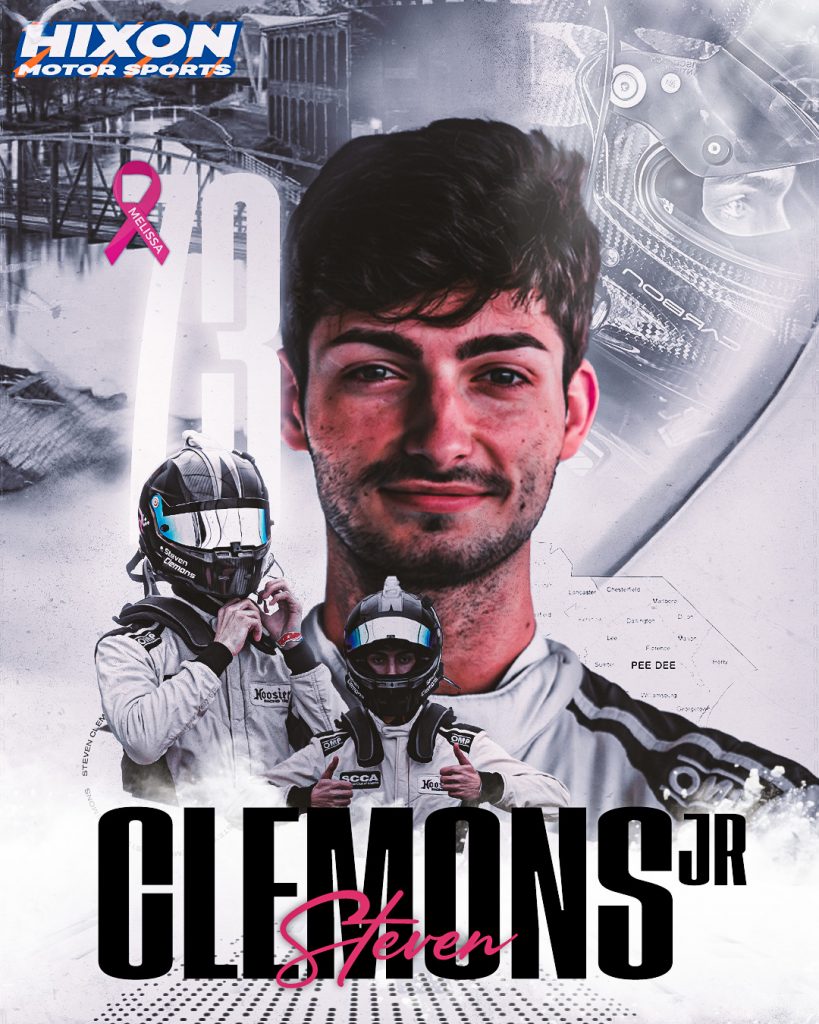 As the new race season draws near, Hixon Motor Sports (HMS) has once again strengthened its driver lineup. Ready to attack the Daytona International Speedway for the opening round of the 2023 Idemitsu Mazda MX-5 Cup presented by BFGoodrich Tires (MX-5 Cup), Steven Clemons Jr. will bring his talents to HMS as he sets his goal of kicking off 2023 in style with a victory at one of the nation’s most prominent race venues, The World Center of Racing.

“I couldn’t think of a better, more supportive team than Hixon Motor Sports,” expressed Clemons Jr. “Their leadership, support staff, and mechanics are some of the best in the industry. Partnering with such a veteran team has allowed me to learn, grow, and develop my skills and ultimately will help me grow as a driving professional. I am eager to get to Daytona and get 2023 started.”

“Steven caught our eye the minute he reached out to our program, and we saw him drive,” explained HMS Owner, Bryan Hixon. “His approach was professional off the track and on it, he showed that he had the pace to compete. We are confident that he will find his way to the front of the field in Daytona as we look to put together a long-term program for him throughout 2023.”

Beginning his motorsports career at the age of 17, Steven is in for a big season in 2023 as he is set to tackle multiple different race programs. Joining the HMS program for 2023, Clemons Jr. is ready to challenge for the top step of the podium as he works with a handful of other Hixon Motor Sports teammates.

Team Manager, Shea Holbrook, added, “Steven will have a host of teammates to work with, and I am confident that the lineup and coaches that we have built along with Clemons’ skillset and experience will be a beneficial program for the team.”

Clemons Jr. continued, “I want to dedicate this first pro race weekend to my Aunt Melissa who was recently diagnosed with breast cancer and will be sporting the number 73 along with a breast cancer ribbon on the hood of my car. These ideas were put forth by Bryan Hixon, and I thank him and the rest of the team for allowing me to show support to my family in such a way. After the Daytona event weekend, 2023 will be busy, but I would not have it any other way. I will kick off the season with my first MX-5 Cup race in Daytona before continuing to build on a multi-series program as I shoot for race wins and podium results throughout 2023.”