Selin Rollan Puts Hixon Motor Sports Back on the Podium 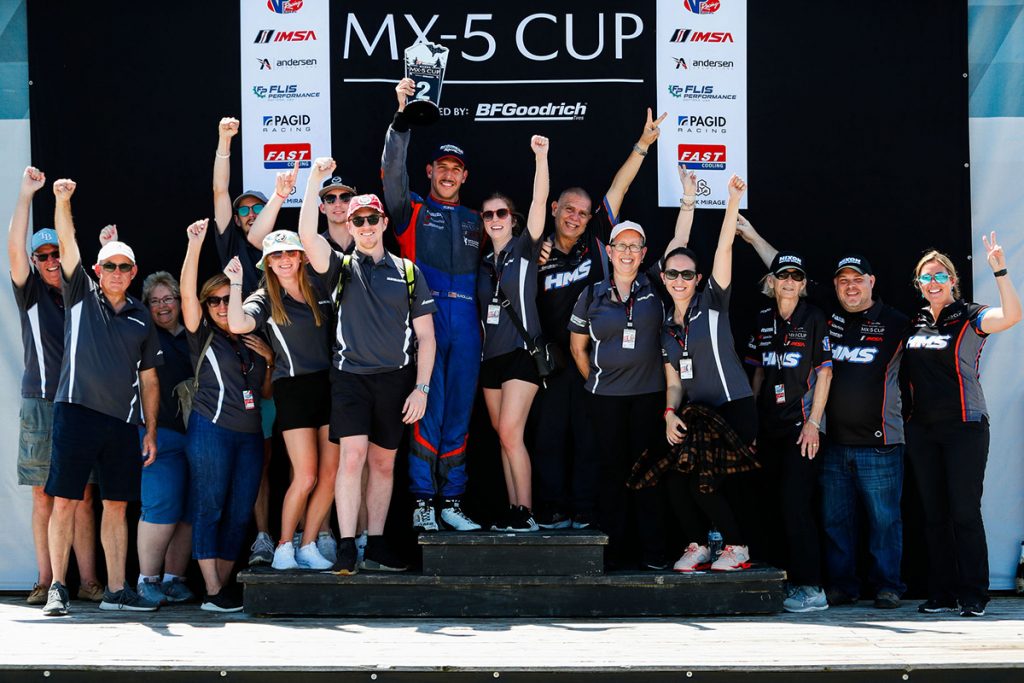 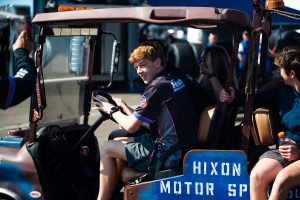 It was another Idemitsu Mazda MX-5 Cup presented by BFGoodrich Tires podium-winning weekend for Hixon Motor Sports (HMS) at the Mid-Ohio Sports Car Course (Mid-Ohio). With five top-ten finishes across their five driver program over two races that weekend, Selin Rollan led the way with a sixth place finish on Saturday before climbing his way from sixth at the green flag to the second step of the podium on Sunday.

“It was a good weekend for the team,” explained Bryan Hixon. “When everything was said and done, we have worked our way into the second position in the Team Championship, Selin Rollan sits second in the Drivers’ Championship, and Connor Zilisch sits second in the chase for Rookie of the Year. Bruno Carneiro sits third in the rookie points, just 40 points behind his teammate, Zilisch. With these titles high on our priority list, we will be pushing hard towards our next two back-to-back events in New York and Wisconsin.” 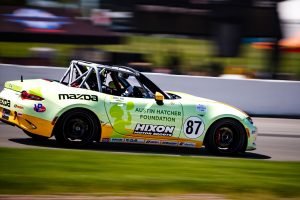 Taking their time to get up to speed in the two practice sessions on Friday, qualifying would take place on Saturday morning and Rollan led the way for the HMS quintet. With a solid lap to secure the seventh starting spot for race one, Selin would start inside row four as HMS teammate Bruno Carneiro slotted himself into the ninth position. With 29 drivers in the field, Bryce Cornet ended his qualifying session in 16th but moved up eight positions to P8 in race one. Connor Zilisch entered Mid-Ohio as the Rookie of the Year points leader and overall fifth in the Championship points; unfortunately, Zilisch left Mid-Ohio second in Rookie points and eighth in the overall Championship points. Zilisch and HMS newcomer Ethan Tyler would begin their quest for podium results from row eleven and twelve, respectively. 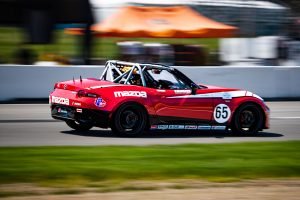 Selin Rollan would continue to lead the Hixon Motor Sports squad through the first wheel-to-wheel action over the weekend as he advanced forward one position in the nine lap race to finish sixth. In a race that featured sunshine that turned into a tornado warning and an early checkered flag end to the race before the halfway mark, HMS put a pair of drivers in the top-ten as Cornet finished eighth, two positions behind his teammate, Rollan. Bruno Carneiro narrowly missed a top-ten result finishing eleventh as Zilisch was able to gain five positions to finish P17. Ethan Tyler had a trying first MX-5 Cup race to be classified in 27th. Strategies that HMS drivers had for race one did not work well with the unexpected short first race. 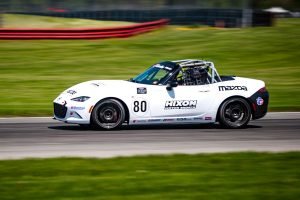 Back to the track on Sunday, the results continued to roll in for the Hixon squad. In an unparalleled event that featured 28 green flag laps and a ton of passing, the cream rose to the top as Selin Rollan found his way to the podium. Crossing the stripe in the second position, Rollan scored good points in his chase for the overall series title. Bryce Cornet scored his best MX-5 Cup result of the season with an impressive sixth place finish as Carneiro climbed to tenth, putting a trio of HMS pilots in the top-ten. Zilisch, who struggled throughout the weekend to adapt to the lasting effects of damage from practice, closed his weekend climbing five spots to P17 as Tyler again was scored in the 27th position. 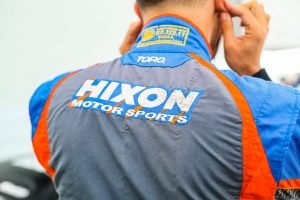 Hixon continued, “The competition is tough this year, but I think we are proving that we can fight with the best drivers and teams in the paddock. We are not even halfway through the season, and the championship and rookie battles are beginning to take shape. We are looking forward at the opportunity to challenge for both in the remaining four events.”

A six week break in the schedule will see the HMS crew and drivers savor a few weeks off before they hit the track again in June at Watkins Glen International for rounds seven and eight.