One Podium and Seven Top-Ten Results for HMS 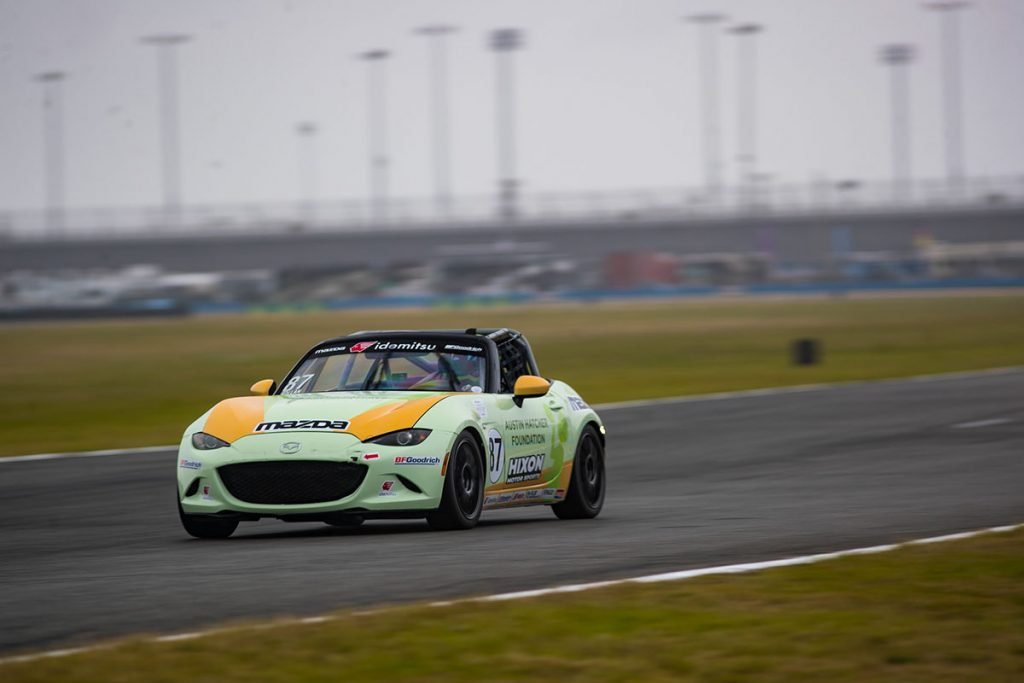 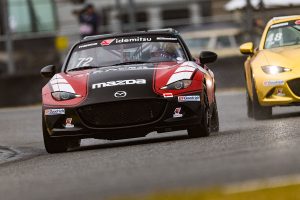 It was the opening round of the Idemitsu Mazda MX-5 Cup Presented by BFGoodrich Tires at the famed Daytona International Speedway this past week, and it was seven top-ten finishes earned by the powerhouse Hixon Motor Sports (HMS) squad. Selin “The Machine” Rollan led the way on the results sheets with a podium result, third place, in race one while Connor “The Prodigy” Zilisch made his series debut with a pair of top-ten results leading a handful of laps and challenging for the win during race one.

“What a great opening weekend for us as a team,” exclaimed Team Manager, Shea Holbrook. “We did not come home with a win but to have six top-ten finishes and two cars battling for the wins in both races is great for our overall efforts. Congrats to Selin on his first podium result of the season and to Connor for a great series debut. I think you will be hearing these drivers names a lot this season.” 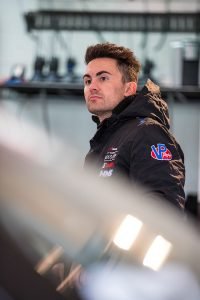 After qualifying second and third for the first wheel-to-wheel action of the weekend, Rollan and Zilisch would finish third and fourth after both drivers led laps in the opening race of the season. In difficult conditions that saw the sun set and light rain continue to fall, Zilisch and Rollan worked together to keep their HMS entries at the pointy end of the field. Looking to make it a one – two finish, Rollan would lead for almost all the final circuit until he was pipped at the line and fell to third. Zilish battled hard to earn the best finish for any rookie in the fourth position while Bruno “Blackjack” Carneiro drove into the top-ten after starting 13th on the grid to come home eighth in his series debut. Bryce “The Comet” Cornet earned the Hard Charger of the race award, advancing forward fifteen positions to finish 13th as he showed his racing prowess while Dante “The Inferno” Tornello gained experience moving from 30th to 27th before the checkered flag fell. 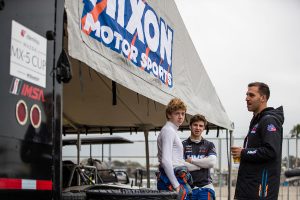 Less than eighteen hours after race one ended, race two would go green as the HMS quintet looked to improve on their results. Rollan, who was involved in an incident after the checkered flag in race one, had to go to a backup car for race two and led the team to a sixth-place finish in a race that featured multiple caution periods ultimately ending under the yellow. Rollan had earned pole position for race two, but due to the rules of switching to a spare car, Rollan was forced to start race two from the back of a 30-car field of very talented competitors. Rollan drove a miraculous second race considering the challenge of working through one of the most competitive fields in Mazda MX-5 Cup Series history. 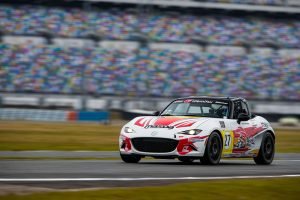 “We have an awesome team this year, and I am really excited for the rest of the season,” added Team Owner, Bryan Hixon. “We have experience, knowledge, youth and exuberance under the HMS tent and feel that all of our drivers will feed off one another as the season continues on. As a team, our results bettered any other team combination this weekend. If we continue to do our jobs at a high level of performance, the wins will come.” 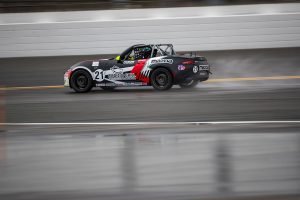 Holbrook added, “The first two races of the season are over but for us, race three starts on Monday. We will get back to the shop and immediately begin our preparation work for the Grand Prix of St. Petersburg towards the end of February.”