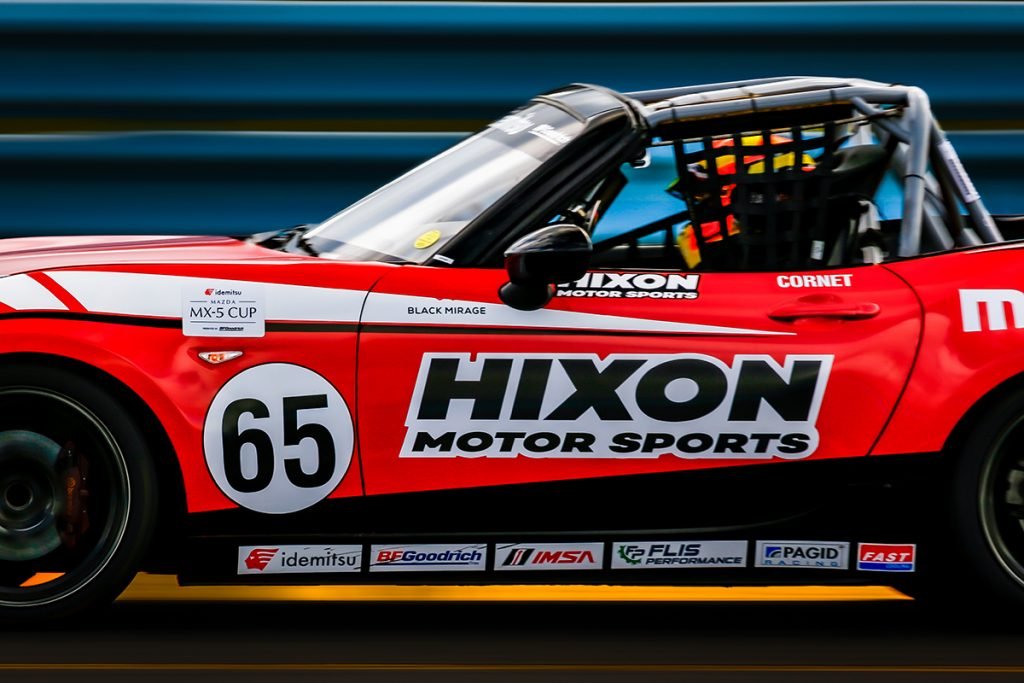 While some teams are content with two or three drivers, Hixon Motor Sports (HMS) is going above and beyond the average program to bring seven to the next event. Inking a deal to add Thomas Annunziata last week, HMS will enter the VIRginia International Raceway (VIR) this coming weekend for Rounds 11 and 12 of the 2022 Idemitsu Mazda MX-5 Cup presented by BFGoodrich Tires.

“We are motivated and ready to go,” expressed Team Owner Bryan Hixon. “We have seven drivers, and they are all hungry to prove their skills and abilities. We have drivers that will fight for race wins and podium results while others who will look to earn their best results to date this year.”

HMS enters the weekend with three drivers in the top-six in the series point standings led by rookie Connor Zilisch. Sitting third overall but first amongst rookies, Zilisch has a shot at both the overall and rookie title after scoring victories this season. Veteran Mazda MX-5 Cup driver Selin Rollan sits five points in arrears of Zilisch and has a few wins to his credit as he looks to make a late-season charge for the title. Bruno Carneiro sits sixth in the overall championship standings and third amongst rookies in the series. Sitting less than 300 points behind Zilisch, Carneiro will look to have a points haul this weekend to jump closer to Zilisch and put the pressure on with only four-point scoring opportunities remaining.

Having strong runs throughout the season, Bryce Cornet will be back with Hixon Motor Sports as he looks to challenge for a win. With two drivers scoring victories this season, Cornet has earned multiple top-ten finishes but is still looking for that elusive win. Ethan Tyler, who joined HMS at the most recent event, will continue his progression in the MX-5 competition at VIR as he will be joined by a pair of newcomers in Bruno Smielevski and Thomas Annunziata.

Hixon added, “We welcome Bruno and Thomas to our growing program, and we are confident that we can give them the coaching, the equipment, and the down-to-the-millimeter setup to get the job done. We are looking forward to VIR and our first time in 2022 with seven drivers taking up one-quarter of the field!”

Hixon Motor Sports program will be back on track at the VIRginia International Raceway over the August 26-28 weekend leading up to the headliner event, the Michelin GT Challenge at VIR.

Watch the races Live with Commentary on IMSA.TV or RACER.COM: *all times Eastern (Alton, VA)