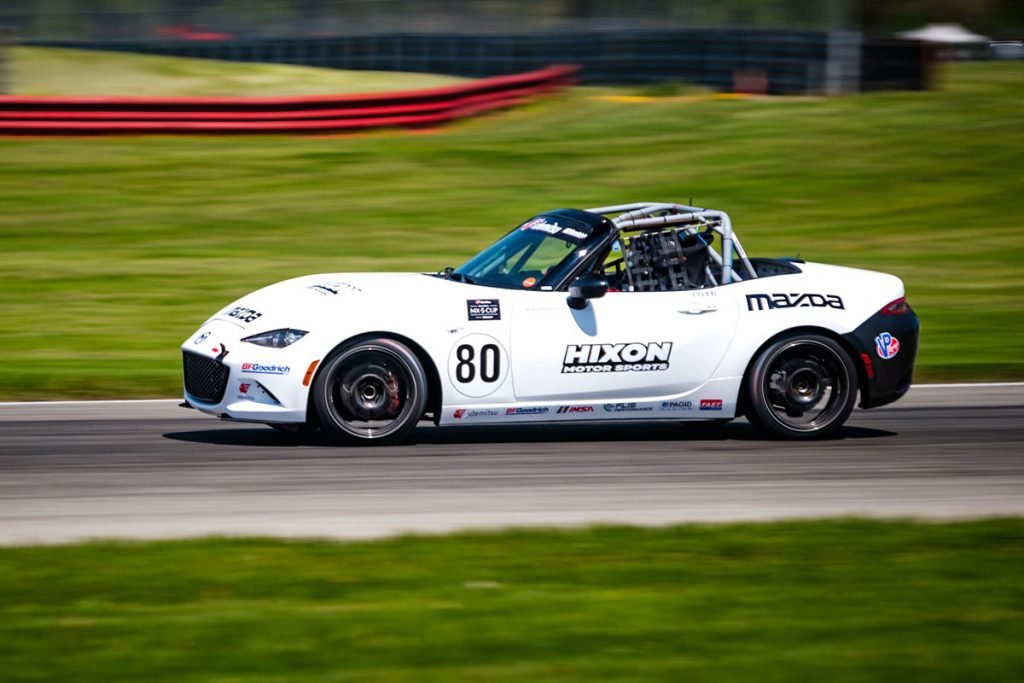 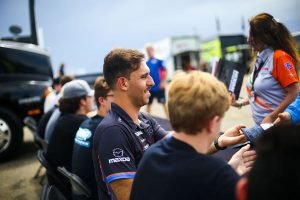 And then there were six! Ready for rounds seven and eight of the Idemitsu Mazda MX-5 Cup presented by BFGoodrich Tires, Hixon Motor Sports has expanded their driver lineup with six challengers. With a quintet of drivers taking on the first three events of competition, the growing program will compete this coming weekend at the Watkins Glen International Raceway with six chances to score a victory in each wheel-to-wheel race.

“The interest that we have in our program is continued by our on track success and our off track professionalism,” explained Bryan Hixon. “We have the right people in the right places, we provide the best customer service and support in the paddock, we have talented drivers, and we win. There is no proven recipe for success, but I think we are close to having all the necessities to have strong results at the end of the 2022 season. A new sponsor, Sendero Wealth Management, has joined forces with Hixon Motor Sports and will be displayed on a vintage livery from the team’s first season in 2020 on Bruno Carneiro’s race car.”

Leading the way into the Corning, New York, facility will be the newly engaged Selin Rollan. Sitting second in the championship points chase and only ninety-five markers back, anything is possible as the series will cross over the mid-point of their 2022 campaign on Friday when the checkered flag falls for race one this weekend. Connor Zilisch and Bruno Carneiro sit eighth and ninth, respectively, in the overall points chase but second and third in the Rookie of the Year battle. A good weekend for both is needed to put the pressure on and make a second half of the season push to the top. 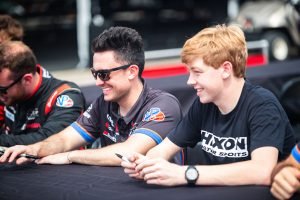 Bryce Cornet enters this coming weekend riding a wave of momentum having scored his best Mazda MX-5 Cup result of the season at the most recent third of seven events in Ohio. Also a rookie in 2022, Cornet will work with his five teammates to ensure every Hixon Motor Sports driver is at the front of the field. Returning this weekend to the HMS squad will be Dante Tornello, who missed the most recent event at Mid-Ohio Sports Car Course. Tornello will race alongside team newcomer, Ethan Tyler, who joined the team for rounds five and six.

“We are just about at the halfway mark of the season and the championship battle and Rookie of the Year chase is beginning to take shape,” added Team Manager, Shea Holbrook Chorley. “We will keep pushing on and put our best foot forward to earn as many pole positions, extra points, podium results, and race wins that we can in the latter half of the year. We have proven we are one of the top teams in the paddock, and that is the pressure and title that we are so humbled to have.” 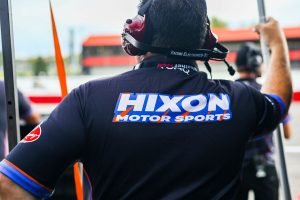