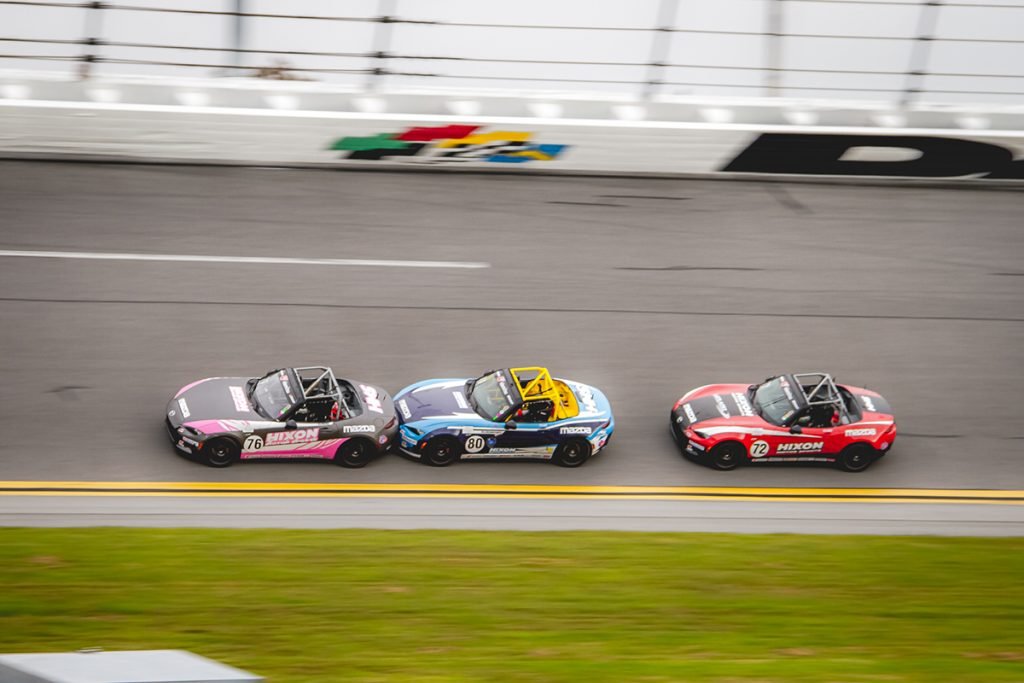 The 2023 Idemitsu Mazda MX-5 Cup presented by BFGoodrich Tires (MX-5 Cup) commences this coming weekend and Hixon Motor Sports (HMS) is preparing to make a splash. Entering nine drivers including the 2022 Vice Champion and Rookie of the Year as well as the 2023 Mazda Scholarship runner-up winner and several multi-time race winners, the Bryan Hixon led ambush of tigers is ready to pounce and give no quarter when the first green flag of the season flies this weekend at the famed Daytona International Speedway (aka The World Center of Racing).

“We have not only assembled a strong and talented group of drivers, but we have also united one of the best crews in the MX-5 Cup paddock,” explained Hixon. “I can’t thank BSI Racing Owner and HMS Team Manager, Shea Holbrook, enough for her continued work and desire to win, but also for assisting in the growth and professionalism of the team.”

Earning the Team Championship and finishing second in the Driver’s Championship last season, Hixon Motor Sports is looking for more in 2023.

Hixon continued, “We have worked very hard this off-season to fix the minor areas that we struggled in and to also improve the areas that were great. Both the bar and the goals are set high, and we look forward to the challenge.”

2022 Rookie of the Year and Vice-Champion, Connor Zilisch, will be back behind the wheel of an HMS machine in Daytona as he joins multi-time race winner, Selin Rollan. Thomas Annunziata, who earned the Mazda MX-5 Cup Shootout Scholarship Award and Mazda prize money, will also look to fight at the front of the field in a Hixon Motor Sports prepared race car alongside Jonathan Neudorf, Ethan Tyler, Bruno Smielevski, and Steven Clemons, Jr. Female standout, Hanna Zellers, will throw her name into the mix in a full-season effort while the ninth and final driver has yet to be announced.

Shea Holbrook added, “Nine cars is a big undertaking for any MX-5 Cup team, and it’s one that we are not taking lightly. We have added an additional top-level coach and past MX-5 Cup Champion, John Dean, II, for 2023 in addition to Andrew Carbonell, joining us for a third year. We have worked to cross all the t’s and dot all the i’s in this effort as we look to dominate Daytona and carry that momentum through the rest of 2023.”

Stay tuned to the Hixon Motor Sports social media pages for news, information, photos, and results from the event weekend and throughout 2023.